When I moved into my house 3.5 years ago, I slowly (well, maybe quickly), started making changes to make my house feel like home.

One of the first things I did was take out a wall that blocked my kitchen from the front of the house and add in a peninsula! This allowed my small house to feel spacious, while also adding a seating area! This was much needed because I truly have no idea where a dinner table would go in this cute, but smaller house!

I was lucky because my house had renovations, including all new cabinetry and appliances in the kitchen, but it felt very ‘builder grade,’ which is not my vibe. I removed the microwave and almost all of my upper cabinets to create a super open kitchen that perfectly fit my style. I actually didn’t spend any money taking the cabinets out and adding in open shelves because I sold the cabinets and used that money to purchase wood, stain, and brackets and installed the shelving myself. I HIGHLY recommend using Marketplace, Craigslist, etc. to purchase and sell items to make your DIY dreams more affordable.

As far as cost in my kitchen…Removing the wall and adding in a peninsula was also a semi-DIY project that cost around ~$900. All in all, this was SUPER worth it to me and a great extra investment. I also switched out my cabinet pulls, which ended up being around $100 after selling the old hardware. I also eventually added in a pantry cabinet for extra storage, which was around ~$250. As well as adding in a new hood since I took out the microwave that had that function. It took me forever to find a white one that was both modern and boho feeling!

Over the years, I have slowly added other items to the kitchen so that I wasn’t spending a huge chunk of money at one time. I hated my original tile, but the expense of switching out the tile wasn’t in my budget…until I decided I would do it myself and find some budget herringbone tile. The tile cost around ~$250, but ended up costing a little more than this after purchasing other materials! To most people this is a super subtle change, but it made the world of difference for me, since I really disliked the old tile!

For me, the only thing missing in my kitchen for the past year has been some really COOL appliances. My appliances work fine, but they just don’t have the edge I was looking for. After saving up and then partnering with iio, I was able to get an iio Retro Refrigerator that is honestly the coolest thing in my entire house…. do you see this cutie?!!?

I wanted a Retro Refrigerator because it is smaller, which is so IMPORTANT for making my home and kitchen feel larger. Plus, the style is SO dang cute! I also love that it is energy efficient and still has plenty of space in the interior for fresh fruits, vegetables,

Welcome to Holistic Rendezvous, your one stop hang out for all things holistic! Think of us as your guide to living a sustainable and healthy life loaded with energy and vitality! You will find awesome recipes, wellness tips, healthy living inspiration, herbal remedies, and much more! We truly believe that by expanding our knowledge and living consciously, we can all have whole health in mind, body, and spirit.
END_OF_DOCUMENT_TOKEN_TO_BE_REPLACED

🌹Even my dogs name is Rose, so you might say I

✨Dry January is coming to a close and I think it

I got too excited about this recipe to wait until 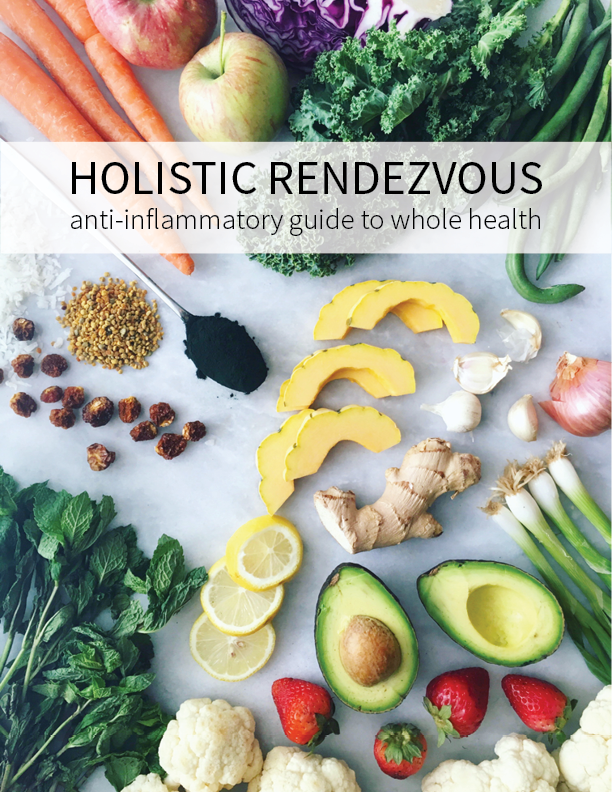 🌹Even my dogs name is Rose, so you might say I

✨Dry January is coming to a close and I think it

I got too excited about this recipe to wait until